#71. Fatherhood And Masculinity Are Not Toxic – Friday Reflections

Leave a review to help other dads find the show and become better men and fathers: Leave Review

Welcome to this episode of Friday Reflections by Dad.Work!

Every Friday I share the best of what we have been doing in the Dad.Work community, to provide perspective, new ideas, and motivation for you to continue on your journey to becoming the best man, partner, and father you can be.

We go deep talking about:

Mentioned on this episode:

The Art of Manliness

#69. Do The Hard Right Thing and Being The Intellectual Leader of Your Family – FRIDAY REFLECTIONS

Welcome to the data word podcast. My name is Curt Storring, your host and the founder of dad work. This is episode number 71. fatherhood and masculinity are not toxic. This is a Friday reflections episode where I go into what's real for me things I'm thinking about food for thought so that you get a better understanding of where I'm coming from, and can continue to understand where I am setting the container and how I'm setting the container of this podcast of this movement of all the work we do. So guys, I've been thinking about this one a lot. I made a post about this on Instagram recently, that's been getting a lot of traction. And there's something about this idea of toxic masculinity that is straight up wrong. Masculinity itself is not toxic. There are obviously behaviors by men that end up being toxic and not good. But it is not the fault of masculinity is the fault of those men never having been initiated into adult mature masculinity. And in fact, they are simply playing out an uninitiated unhealed boys psychology version of masculinity. So this is basically boys pretending to be men, not actual masculinity, what we need now more than ever is strong masculinity. We need men to embody more masculinity not less, but we need to do it in a way that is the mature, useful, helpful, life giving version of masculinity, not the wounded uninitiated, little boy version. So we're gonna get into that today. I hope this is food for thought for you, and would love to hear what you think. At the end of this episode, you will hear me talk a little bit about the village. Again, we are launching in less than two weeks. And I want to make sure that if this is something that seems like it would be the right step for you to do your work around a group of other intentional men, I would love for you to join us. So listen to the end to get more details on that or you can sign up for the waitlist at Dad.Work/Village. All that being said, let's jump into Episode number 71. fatherhood and masculinity are not toxic. Here we go.

I think I'm gonna leave it there guys, if you want to talk about this more, I encourage you to read the book. You can also read iron John, which is another important sort of mythopoetic Men's movement book, written by Robert Bly, that goes into a little bit more about the journey of boy to man, if you're interested in initiation and what that looks like in your own life and the lives of your, your children. And otherwise, once you do that, if you have more thoughts on this, please let me know Instagrams probably the best place dad worked, Curt, we'd love to hear from you. Before we wrap up, I just want to remind you that in about a week and a half, on the last week of March, we are launching and opening the doors to the village by dad work. This is our training and brotherhood community, you will get access to a group of men doing this type of work together to become better men, partners and fathers. And, guys, this is what I wish I had, going through my own journey as a father, and I'm so excited to create this with you. So this is going to be an online place where you can do our course conscious fatherhood, you can come to live calls with us, you can watch the workshops live or recorded that we're having experts, record for us and bring for us, you can jump on a q&a office hours call with me, you can talk to the men in the online forum, there's so much you're gonna be able to do in there. And at the very least, you get to hold yourself accountable and the other men in there will hold you accountable, to grow and heal in the way that you need to do to become this mature masculine content, confident man. So I'd love for you to join us go to Dad.Work/Village and you can sign up for the waitlist and I'll be launching to the waitlist one day before we launch to the rest of the list. So if you're on that waitlist, you will have a first chance I think we'll probably let only about 20 guys in the start. And that is your best way to do it. So go to Dad.Work/Village and sign up for the waitlist and hope to see you in there in a couple of weeks time. Alright guys, thank you for listening to this. I hope it was Food for Thought we'd love to hear your thoughts on it. Make sure you enjoy the weekend. Spend some time with your children. Put your phones down, leave them away for the weekend. See if you can do even one day without them and be present for you. Your partner and your children. Enjoy the weekend men

that's it for this episode. Thank you so much for listening. It means the world to find out more about everything that we talked about in the episode today, including Show Notes resources and links to subscribe leave a review work with us go to dad.work/pod that's DAD.WORK/POD type that into your browser just like a normal URL dad.work/podYou'll find everything there you need to become a better man, a better partner and a better father. Thanks again for listening and we'll see you next time.

Scroll back to top

Enter your name and email address below and I'll send you periodic updates about the podcast.

Leave A Review – The Highest Impact, Lowest Cost Way of Supporting the Show

Are you enjoying this podcast? Do you want to say thanks, and help more fathers find this episode? Please leave a review for the Dad.Work podcast on Apple Podcasts.

Ping me at curt@dad.work or on Instagram @dadwork.curt and send me a link to your review and I’ll give you a shout-out on the podcast!

Join our free 14-day Better Man, Better Dad email series to learn the most impactful tools, tips, practices, and wisdom I have learned on my journey to becoming a more conscious father:

Join a men’s group for fathers and be seen, heard, supported, and challenged by a group of fathers who have your back unconditionally:

Not able to commit to a weekly men’s group? Join us in The Village, our online training + brotherhood community of other fathers doing the work together. Get access to our course, monthly expert-led workshops, 24/7 online community forum, member-led men’s groups, and community calls and become a better man, partner, and father alongside other intentional dads. 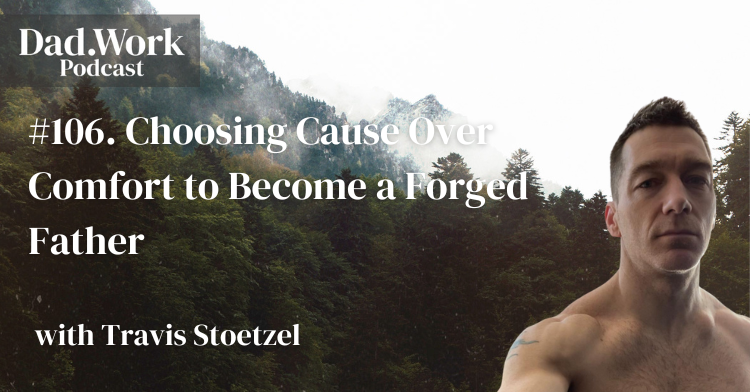 My guest today is Travis Stoetzel, founder of The Forged Father. Travis Stoetzel is a Husband, Father, and Coach who specializes in helping high-achieving Ex-Athlete… 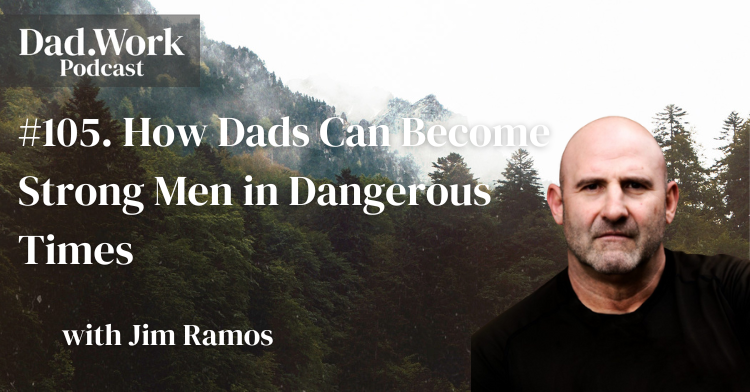 My guest today is Jim Ramos, founder of Men in the Arena. We talk about how dads can become strong men in dangerous times, including… 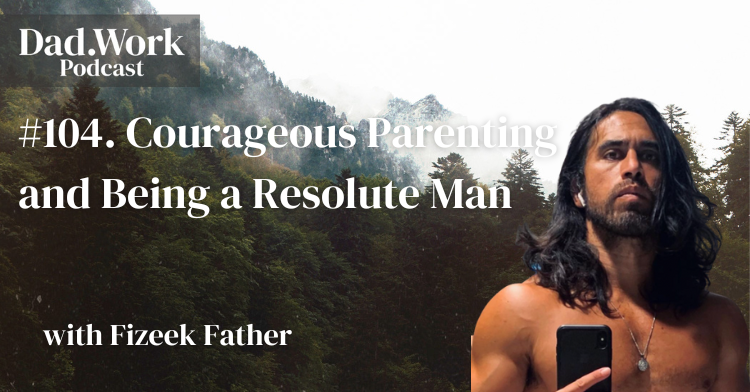 Today's guest is Instagram's finest satirical content creator, The Fizeek Father. We talk about the journey from Soy Father to the Fizeek Father, the dangers…